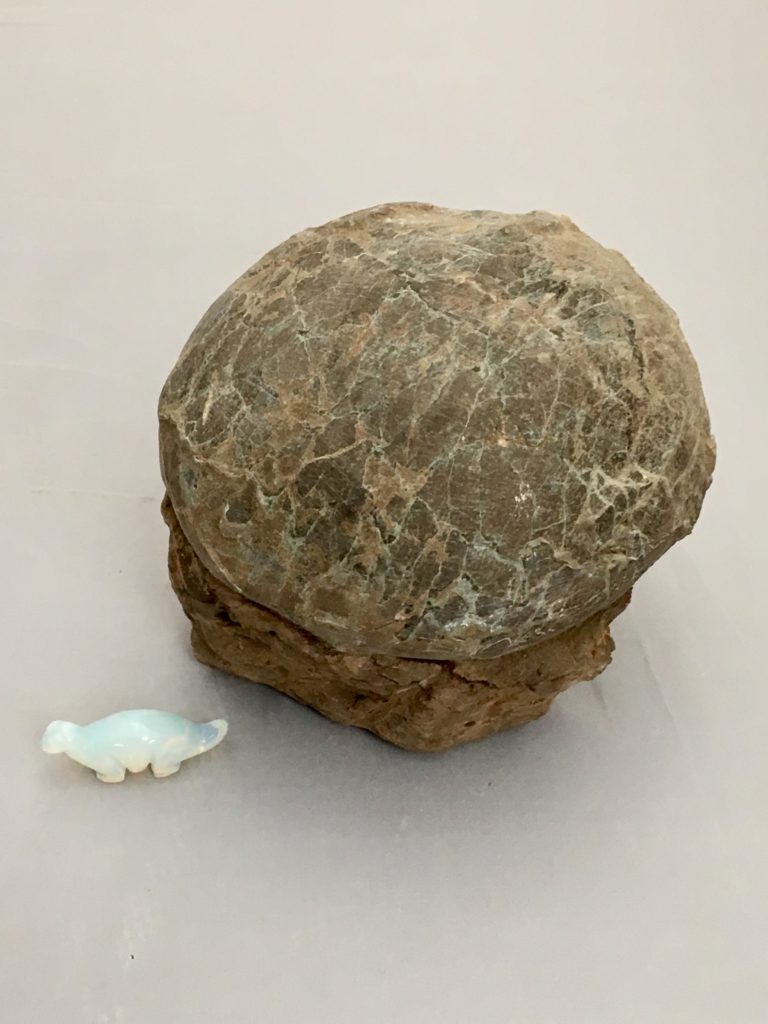 Dinosaur Egg, authentic, actual and amazing! 70 million years old from China.  From the Upper Cretaceous Period.   This egg was probably laid by a large Sauropod Dinosaur.  Little is known about the exact species of this dinosaur egg.  However, as many eggs were found in one site, it can be supposed that this egg is from a herd-dwelling herbivore.  They probably migrated in large numbers.  Surprisingly, the egg is not that large, compared to a fully grown dinosaur.  About the size of a grapefruit in fact.  However, latest research points to the hypothesis that the young dinosaurs grew rapidly.

So this Dinosaur Egg may well be the egg of one of the newly described super Sauropods – huge 20 ton double-decker dinosaurs!

We are extremely well connected in the Fossil world and if we can source anything for you, we know just where to go.  And where to get it at the proper price.  Whether you want big, small, cheap or rare, we can source it for you.

As with our products, shipping is free to mainland UK and charged at cost overseas.  As we ship on a daily basis, this works out very economically.   If you want it, just order and we’ll do the rest!

We have a good library of Blogs on fossil collecting, storing etc