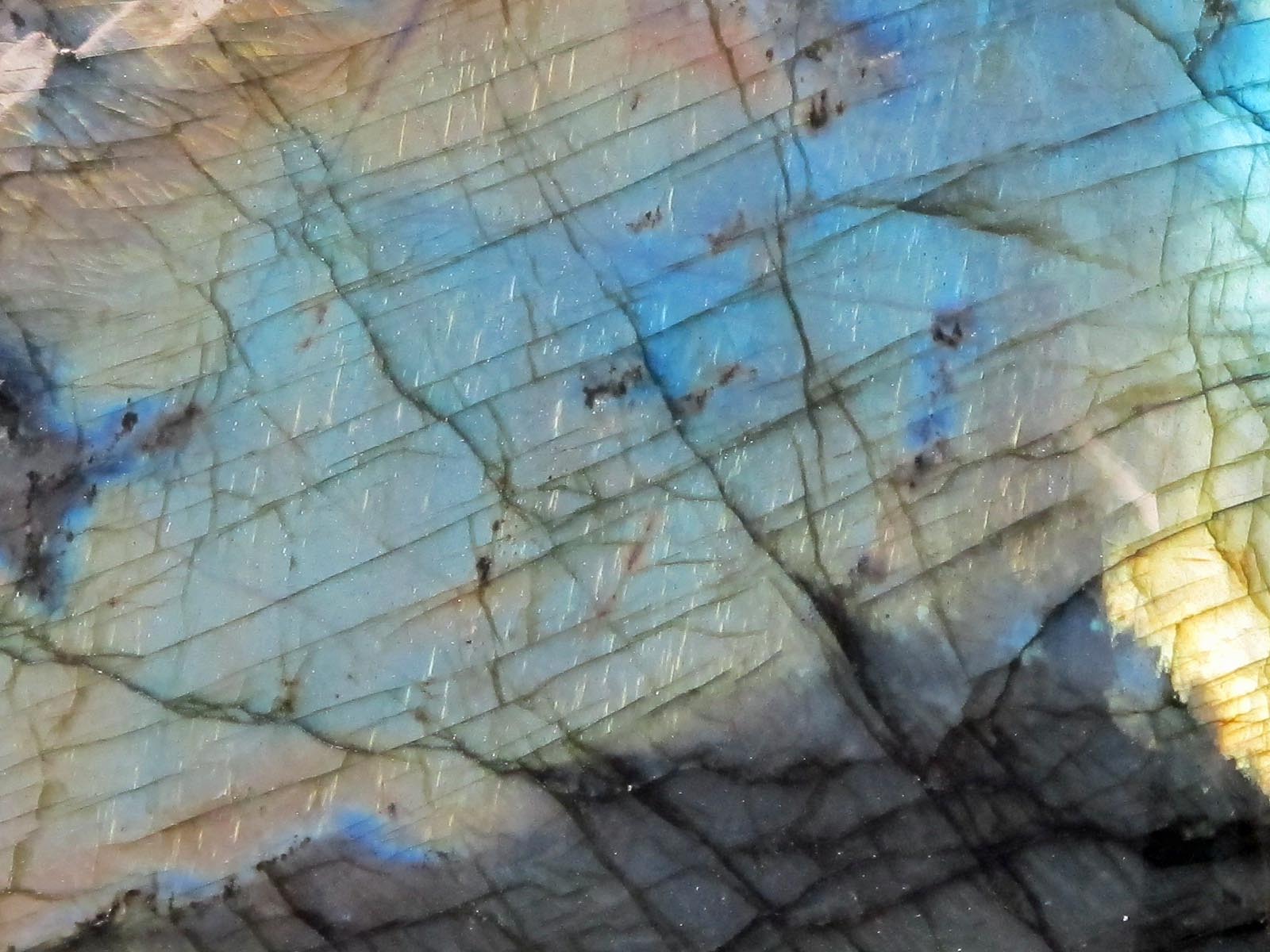 Labradorite – did you know?

Beautiful Labradorite is named after Labrador.  Where it was first found.  No, not by a golden coloured sniffer dog ha! 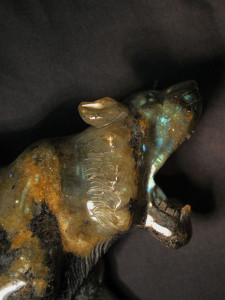 Roooarrrr!! We love our Labradorite Tiger!

We have lots of labradorite to choose from in our online shop – and if you don’t see what you want, contact us to use our free Bespoke Service.

Labradorite is a  highly prized and much admired mineral.  What exactly is it and why does it do that amazing glowing thing?  Labradorite is sought after and praised for its fantastic optical property.  This effect is one of the strongest and most renowned in the mineral world. 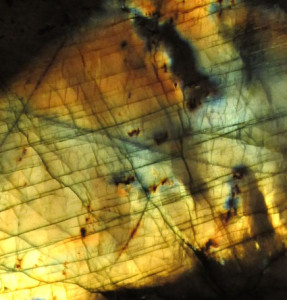 The visual phenomenon referred to  is called ‘labradorescence .   It is also sometimes known as the ‘Schiller effect’.  Put simply- ha ha – this effect is caused by light diffraction (splitting) within lamellar intergrowths.   These are adjacent layers of separate molecules.  These separate materials are able to coexist but do not mix together within the mineral.  This is what creates the wonderful effect.  The multiple straight lines can be spotted in our photos.    Labradorite is a truly enigmatic mineral!

We are very proud of our Labradorite Palmstone which appeared in the Hobbit movies, first in The Desolation of Smaug.  That is the subject of another of our blogs.  Click here to read our movie gossip!

So what is Labradorite made of ?

The mineral Labradorite is a member of the feldspar group.   It is composed of the elements calcium (Ca), sodium (Na), aluminium (Al), silica (Si) and oxygen (O).  The feldspar minerals are very common and important rock-forming minerals.  Together, they make up as much as 60% of the Earth’s crust.

There are 3 main types of feldspar.   They are called ‘end members’  in Geology.   They all have aluminium, silica and oxygen as part of their make up.   But then play substitutes instead of sodium and calcium.

It is best to imagine these three ‘end members’ as a triangle: 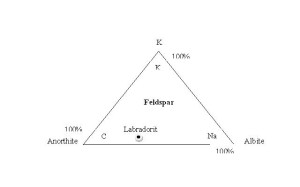 Alongside the end member feldspars there are intermediates that for example have a mixture of both calcium and sodium.   Labradorite is one of these intermediate feldspars.  It has around 50-70% calcium and 50-30% sodium.

We suspect you may love or hate this geological explanation.    Either way,it is hard not to adore lovely labradorite and we have plenty to chose from in store.  In rough, polished and carved forms.  Why not take a look – just click.    You may also enjoy our blog on How Crystals get their Colour.  And just in case you would like ideas for displaying fossils and minerals in your own home, check out Fossils, the newest thing on the planet?

Thanks for popping by, we hope you enjoyed yourself and if you did, be sure to call by and see us again. We’d love to hear from you via the comments section at the bottom of the page.  See you again soon!