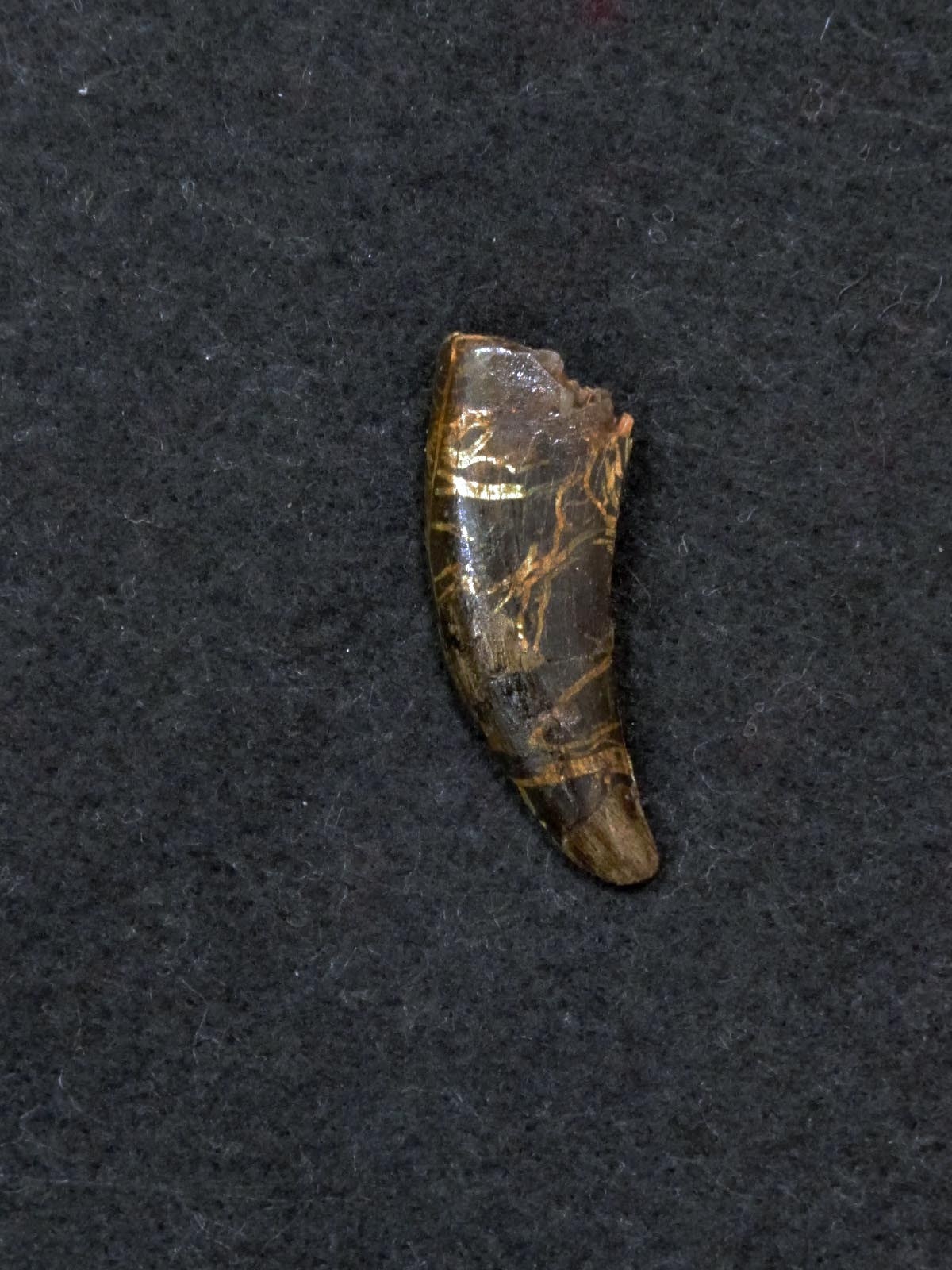 Nanotyrannosaur was not quite at the top of the food chain thanks to big brother Rex,  but you would not want to meet Nano on a dark night!  Nanotyrannosaurs lived in the Upper Cretaceous Period and remains  are 70 million years old.

Nanotyrannosaur teeth  have been found in Wyoming and were once thought to be juvenile T. Rex teeth, until a complete Nanotyrannosaur Dinosaur  was found recently.

Nanotyrannosaur teeth are thinner than T. Rex teeth but were just as effective!