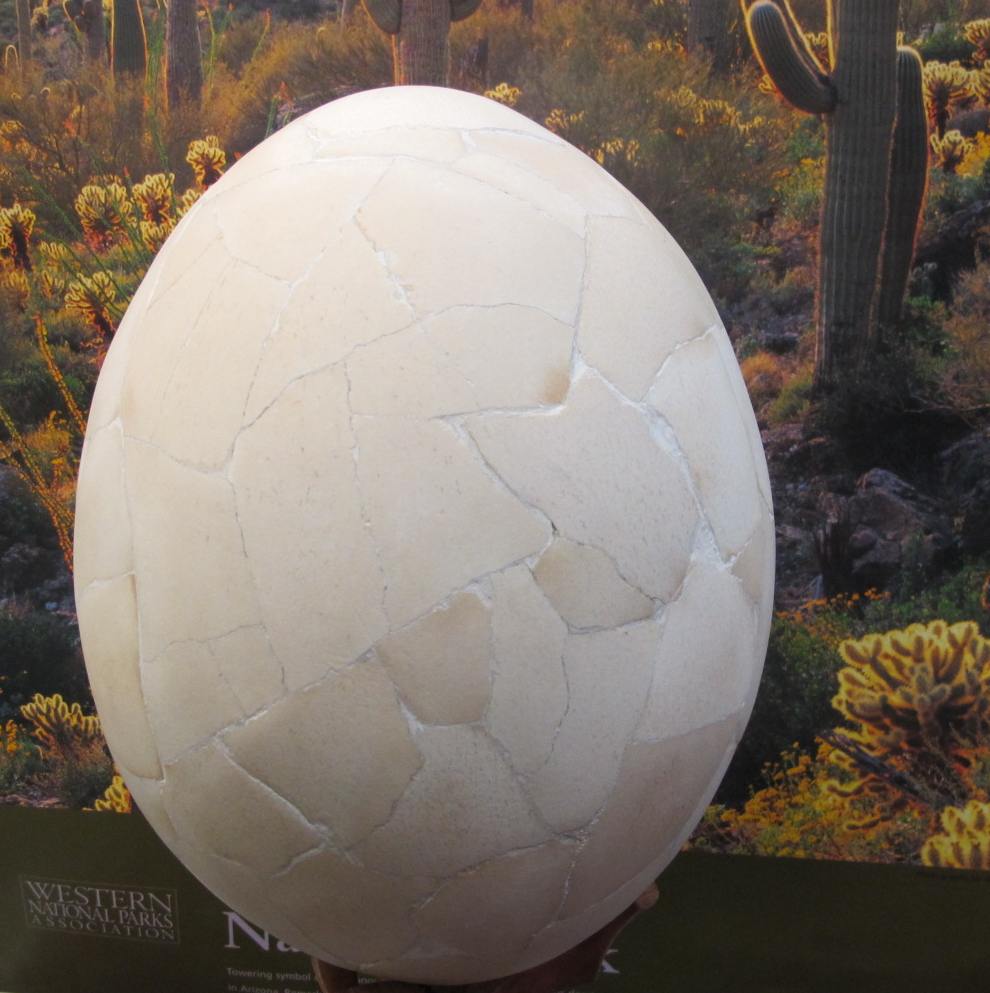 The Elephant Bird or Aepyornis,

has been extinct for at least 300 years.   It was 3 metres tall, weighed up to 400 kilos and laid one of the largest eggs known in the natural world.  It may come as no surprise then that it was flightless!

H.G. Wells’ collection of short stories ‘Tales of Wonder’ contains a ripping yarn entitled Aepyornis Island in which a castaway hatches an Aepyornis egg and cohabits a desert island with the bird as it grows to massive adulthood, shades of the film The Life of Pi.   Of course the story has a happy ending – and so can you if you want to be the proud owner of an Aepyornis  giant elephant bird egg !! 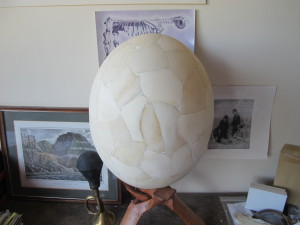 Elephant Bird Egg – the largest the world has known!

The island of Madagascar now houses fragments of eggshells from the extinct Aepyornis or Elephant bird, as you may have seen David Attenborough discuss on TV, in his excellent series on his great passion – Fossils.  The Elephant Bird egg fragments are pieced together to reconstruct eggs – they become more and more rare and consequently, sought-after all the time.   Recently the Elephant Bird eggs have caused much excitement and frenzy at auction.  Extremely rare are any complete specimens – the last sold for many thousands!!!

It is thought that the birds were hunted into extinction although it may well have been that their nutritious eggs that were in demand for feeding whole communities at a time!  Although there is much discussion about the collection of fossils and related finds,  such trophies are a great way to collect, without causing harm to living species.   We make sure that what we acquire and offer for sale are fossils that are in some plentiful supply and have been described.  We strongly believe in co-operation between academics, researchers and the freelance fossil hunting community for responsible handling of such magical treasures of the earth.

Just in case you are lucky enough to have an Elephant Bird Egg to display – or other treasures that you love but are not sure what to do with, check out our blog on displaying fossils as part of your interior design at home.